Dive into the Synarchy Universe with The Awakening & The Ascension 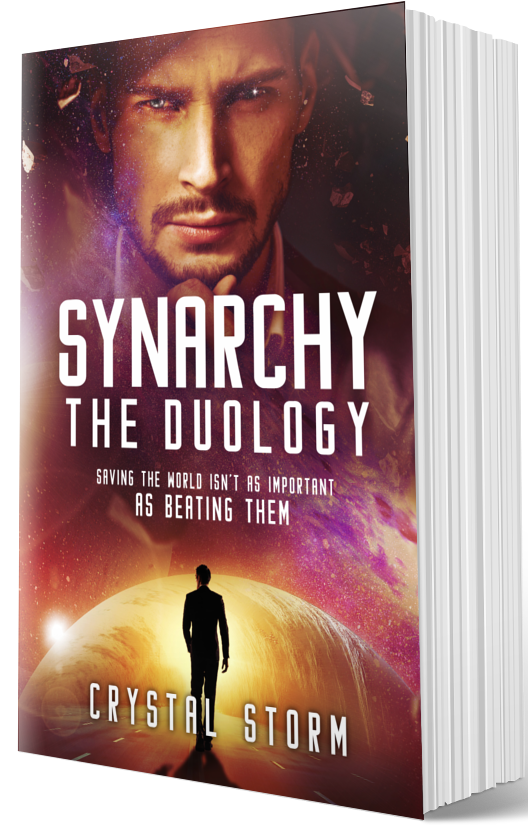 When the head of the Terenzio mafia family summons Vasco, Simone, and Lucien to his deathbed, the triplets get a shock they never saw coming.

Their grandfather shares the family secret: that the alien Anunnaki are behind a secret cabal running Earth. To break free and bring the cabal down, they’ll have to confront and destroy both Earth’s secret societies and the Anunnaki they serve.

Worse, time is running out to save humanity as the winter solstice draws near. The Anunnaki are coming, but the Terenzios know nothing about the metaphysical wonders underpinning reality—wonders they must harness to win.

Arrogance and money aren’t enough to succeed, time isn’t on their side, and the siblings have never faced anything like this. If they don’t find the strength and information to finish what their family started, humanity will remain enslaved to the Anunnaki.

And the Terenzio triplets will face even worse consequences.

This duology contains books one and two of the Synarchy Series: The Awakening and The Ascension.

Fans of the Godfather and Stargate will enjoy this mobsters vs aliens scifi conspiracy thriller.

Buy from the author!

Five Star Reviews for the Duology!

“Triplets Lucien, Vasco, and Simone are unsure of what their dying grandfather, mob boss Marcello Terenzio, could want from them when their grandfather summons them to his deathbed in the science fiction drama Synarchy: The Duology by Crystal Storm. Instead of being ‘told,’ the triplets ‘remember.’ In a flood of memories, each sees life through the eyes of another in their family history; their history, reincarnated lifetimes over, and fighting battles on multiple fronts. Family members jostle for power and traitors mean nobody can be trusted, and both sides of good and evil have infiltrators. At the foundation of every struggle are the Anunnaki aliens that are worshipped by The Brotherhood, who have enslaved humanity. The triplets know they must destroy the aliens before all is lost in the world as they know it. “My, my, when you said controlling the world, you weren’t kidding.”

Crystal Storm tells the Synarchy story in two parts to make it The Duology. The Awakening and The Ascension as the first and second titles are justified in what the sections hold. There are combinations of the old religions and myths and the new, and these are mixed in an new three-dimensional light as we, alongside the triplets, discover an existence where archangel and angel prophets from the Old Testament are just as likely to be encountered as an alien or a Norse god. The exploration of Tantra, Mayan prophecies, and the biological science that connects mind, body, and soul elevate when Storm is able to tie them together into The Akashic Records, which contain every thought, feeling, and intent of every human. I found the binding of all things to The Source angle to be enlightening where other science fiction books not may have gotten me there. There is a maturation in the writing that happens as the book progresses. Well done and recommended.”

Buy from the author!

“Synarchy: The Duology by Crystal Storm is a genre-bending science fiction thriller and a combination of two books in the titular series with book one, The Awakening, leading the charge, and book two taking the flaming baton in The Ascension. This is a pairing with an incredible amount going on, so bear with me while I try to break it down simply. Marcello Terenzio, the patriarch of a crime family who makes the Corleones look like a bunch of aimless zooplankton, is gone. Morto. Caput. The legacy of his offspring is now in on the walloping battlefield spanning many lifetimes and dimensions, with players and counter-players and aliens. Like most families, the Terenzios fight. Unlike most families, the Terenzios kill each other through ways and means that ripple through the universe, while the ones we actually want to live are also required to hunt down and fight the alien godfather of all things horrible wrapped up in one, the Anunnaki and The Brotherhood. The triple-progeny of the Terenzios have to find and stop this mess in order to save the world.

Do you need a break? Not now. This is important.

The Awakening is the fast-paced but still somehow simmering build-up to The Ascension. There is a ton of shifts between time and characters and places and ideas, and even Loki has a cameo. The multiple points of view transition within a few heartbeats of each other and, at first, it felt like I’d met my Everest in Synarchy and my Sherpa, author Crystal Storm, is kind of mean. Then, it all started to click together and I realized Storm is not the Sherpa, but the keyholder for the entire Mahalangur Himal. It’s genius. By the time I was in The Ascension, my marathon kicks were off and my gold sprinting spikes were on. I felt the scientific and problem-solving aspects in the second half of the series was stronger and because I understood the family dysfunction, dynamics, dysfunction, love, dysfunction, ride-or-die, and dysfunction that was highlighted in the first half, I could focus more on the “what are they going to do to save us” over the “what are they going to do to save themselves from each other”. The Brotherhood, Anunnaki, and the rulers of all rulers are exceptionally well-crafted adversaries and, really, they are worthy of a spin-off prequel of their own. I’m grateful the two books came to me at the same time because I’m not so sure I’d have walked away feeling good about myself without some loose Awakening strings being ties in Ascension. But we are here now and, given the opportunity, I think readers looking for a thorough bit of sci-fi fantasy will love this.”

Dive Deeper Into The Synarchy Universe 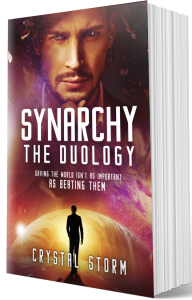 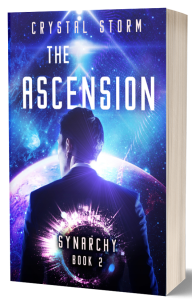