This content is rated R and meant for audiences 18 or older.

The day had been long. Tiring. Filled with too many reminders of Shaun and Nate. Natasha closed her eyes, narrowing her focus to what the man behind her was doing. She pressed her hands against the wall, pushing her ass back against his crotch. She briefly realized she couldn’t remember his name, but let that thought disappear when his work calloused hands roughly covered her breasts and squeezed, pulling the moan from her throat. The scratch of stubble on his chin teased her nerve endings, making the sensation of his open mouth against her neck hotter.

Shamelessly, she rubbed her ass back against the bulge she could feel frustratingly contained in the scratchy fabric of the pants he was wearing. She knew it affected him, she could feel it in the catch of his breath against her neck, the way his hands squeezed her sensitive breasts harder. “C’mon. Fuck me,” she breathed out, trying to entice him.

Still he made her wait. She felt his teeth on her ear, the sensation making her shiver. The moan that followed was loud and sharp when at last he put his hand between her legs, and rubbed the rough pad of his finger against her clit. She was wet, she was ready for him, and he took advantage when he slid his thick finger inside of her, making her moan again. He added a second and she cried out, then gritted her teeth and rocked against his hand, wanting more, needing more, to be swallowed up in sensation so she couldn’t think about anything else. She reached behind her, grabbing the back of his head, pulling his mouth tighter to her skin. She turned her head so she could catch his mouth, their kiss messy and heated, broken apart by the sounds she kept making as he fucked her with his fingers. She was close, so close. When she felt the heel of his palm press against her clit she shattered, her body shuddering as she came hard.

He didn’t let her get her breath. She liked it that way, was the reason she’d chosen him out of the others tonight. He pulled his fingers out of her, and put her where he wanted her, turning her around in his arms and pushing her none to gently back onto the bed. She scooted back on the mattress, her chest heaving, the sparks of her orgasm still moving through her. She caught his gaze, spreading her legs in clear invitation. His gaze raked over her as he pushed his pants off, and then he was crawling between her legs, stroking his cock once, before guiding it against her opening. He took his hand away as he began to push, planting it on the mattress as he rocked his hips forward and sunk inside of her. Natasha closed her eyes in delight at the sensation, her hands sliding around him, gripping his back against the shirt he still wore. She liked it; the feeling of him still partially clothed above her while she was naked. He fucked her hard, giving her what she had been craving, overwhelming her with sensation. She turned her head to one side, closing her eyes.

And for a horrible, heartbreaking moment, memories interfered with the present and it was Nate moving inside of her, Nate’s breath against her neck.

“Did I hurt you?” he asked in a breathless tone.

She didn’t look at him. “Finish or get off,” her tone was cold.

He was taken aback by her words, she knew it. She could feel it in the way he tensed above her. Torn between the choices she’d given him. She felt bad for a brief moment, but she couldn’t drum up any kindness today. “Finish. Or get off.” She repeated. The least she could do was give him a choice.

She felt his weight. He would finish. She closed her eyes again, tried to refocus on the fact that he did feel good inside of her, but the moment was lost. Not even the sensation of the good pounding she was getting could make her brain or heart cooperate. He wasn’t Nate. And in that moment, god fucking kill her already, Nate, her dead husband, was all she wanted.

It didn’t take him long. He rolled off of her when he was finished, catching his breath. She got up immediately, walking into the bathroom to clean herself off.

“Natasha…” she heard his voice, the rustle of clothing he was putting back on. They never got to spend the night. “Did I do-”

“No.” She cut him off. “You were fine. Thanks. Your caps are on the table downstairs.” 75 shiny bottle caps for a good fucking. She wondered briefly what the rate of exchange was for old world money. It wasn’t him who had set the price either. She’d insisted. What she wanted from them wasn’t personal. It was an exchange, and even though she knew they enjoyed themselves too, probably even silently reveled that they got to bone the General, she still insisted they take the caps.

She waited until she heard the sound of his retreating footsteps before she turned on the shower, washing him off and lingered under the heated spray.

She got out after a time, wiping the fog off the bathroom mirror and stared at her reflection. Wisps of gray accented the dark red of her hair. She was 248, thereabouts. She reached up, gently touching the ugly scar that started at the top of her right eyebrow, and ran down her cheek. She was lucky she could see out of that eye. Her introduction to the new world had been brutal. The scar given to her by the Raiders that had been waiting when she’d come out of the vault. She’d have been dead if not for Codsworth. Unfairly, some days she hated him for saving her life. Today was one of those days.

“Shit,” she murmured to herself and sighed heavily. She couldn’t sit around. She’d needed to keep busy, keep moving. Shoot something. They were due to send a caravan of goods to trade with Vault 81 in the morning. She’d go with them. It was good for the General of the Minutemen to show her face around there sometimes anyway.

She’d numb herself with the alcohol, pass out, and be up at dawn.

She went over to her closet pausing. She briefly considered going down the block to the bar, but she didn’t want to deal with people. At least Codsworth was there working. He didn’t approve of her booty calls, but she didn’t care. She did a lot he didn’t approve of, and truth be told she wasn’t sure why he’d insisted on taking over his duties as her housekeeper once her new home had been built in Sanctuary. It was one of several and she didn’t stay here much. She didn’t like spending time in Sanctuary, but it was one of their busiest settlements and her duties demanded she come around more than she wanted.

She belted an old robe around herself, and went downstairs. She plucked a bottle of moonshine made up at Tempines Bluff off her counter and went out into her sunroom. The night was warm for Boston, the sky clear. Faintly she could hear the noise of the community, the sounds not as active as they were during the day. Sanctuary now held a solid group of forty souls with a few babies on the way. The result of three years of hard work. Three years of dealing with a world without Nate, with a world as cold and harsh as this one, a world without her son.

Natasha threw herself back into one of the chairs, pulling open the bottle and didn’t even bother with a glass, just drank it straight back.

She’d killed Shaun. She wondered, often, if Nate would have forgiven her. If he would have done the same after finding out that those bastards had taken Shaun, brain washed him, and turned him into one of their own. The days after the destruction of the Institute had been the worst in her life. Not the nightmare of cryostatsis, the sixty year recurring nightmare of remembering her husband shot and her child taken, not her violent attack in the moments after emerging from the vault by the gang of Raiders that had been there, trying to figure out how to get in, not the hard bloody journey that she had taken to find Shaun, trekking across the violent landscape of the Commonwealth. The moment she’d killed her son, and the days after, that had been the worst. Truth be told she wasn’t sure how she’d survived it. That pain. Maybe it had been because of Cait, Curie, and MacCready. They were the closest things she had to family now. Maybe she was just too stubborn to die.

The good thing that had come from the fall of the Institute had been the freedom of the Synths at least. They had been instrumental in helping build sustainable settlements that weren’t all dirty, rickety buildings and out houses. Some luxuries of what everyone called the Old World were returning. Order was slowly returning thanks to the Minutemen. It was still dangerous to be outside of Settlements, but at least the odds of running into a Minuteman Patrol instead of a Raider Gang were higher now if a group traveled the right roads.

Natasha sat there, staring up through the glass roof at the stars and kept drinking. Curie would have been distressed by this. The thought made her mouth pull at the corners just a little. MacCready and Cait would have handled her, found a way to distract her. She wondered if maybe she should go track them down, but decided against it. She’d wallow tonight and pay for it with a nasty headache in the morning.

She was a quarter of the way through the bottle when she finally passed out. She was right about the headache, but she was pleasantly surprised that her dreams weren’t nightmares but the faces of her new family. Of sorts.

"Dive Deeper Into My Imagination & the Synarchy Universe, Join the First 500 and get Exclusive Perks!"

The First 500 Signups of any membership level will receive a copy of the Synarchy Novels (B2 and B3 when it releases), will pick the first piece of character art we have sketched and have their Agent Name appear in Synarchy Book 3!

I dream big! When you signup for a membership you help me build this world and collaborate with other creatives! My goal is to hire artists for more artwork of the characters, places, weapons and blueprints. Help us reach it by signing up for a membership!

Not ready to get insider access? No problem. How about a teaser?

Join my list and receive The Awakening Synarchy Book 1 free and an exclusive report about SVT Securities the Intel Gathering Organization that has existed since the 1920s. 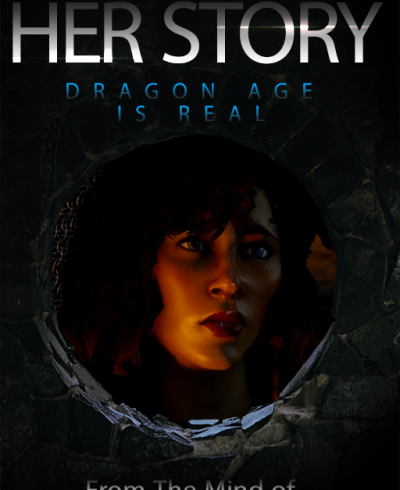 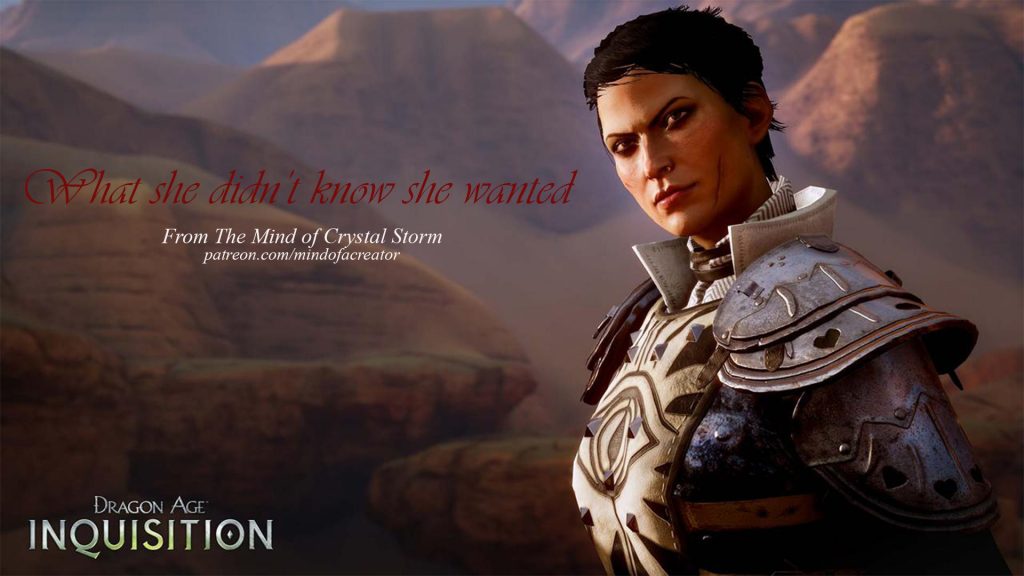 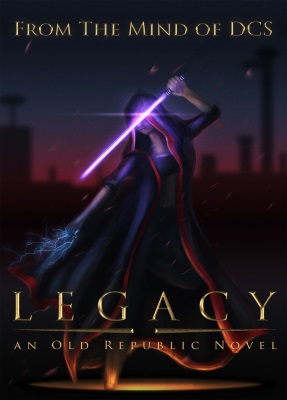 wpDiscuz
Send this to a friend