I like the idea of putting in sections in the beginning of the book that are pretty much SVT Reports on the situation. There’s some information in here though that I think I can show instead of telling via an information dump. There’s a scene I shared in the members only section that touches upon these briefly, but some of the info I think would fit nicely in an intel type briefing.

This also bridges the gap a little between book 2 and book 3 and the novella that will get released too. Ugh. So much to do. Send minions!


Dive Deeper Into My Imagination & the Synarchy Universe,
Join the First 500 and get Exclusive Perks!

The First 500 Signups of any membership level will receive a copy of all three Synarchy Novels (B1, B2 and B3 when it releases), will pick the first piece of character art we have sketched and have their Agent Name appear in Synarchy Book 3!

Once a month you’ll receive access to a google drive:

When you signup for a membership not unlock the next tier of rewards but you help me build this world and collaborating with other creatives! My goal is to hire artists for artwork of the characters, places, weapons and blueprints. Help us reach it by signing up for a membership!

Join the mailing list to dive deeper into my imagination and the Synarchy Universe. You’ll receive The Awakening, Synarchy Book 1 for free and an secret dossier about SVT Securities a mysterious organization featured heavily in the Synarchy novels. 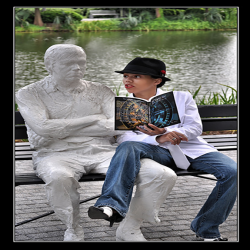