Lucifer is not a mystical being made from a false god, or a devil ruling the unconfirmed location known as Hell*. Intelligence has confirmed he is nothing more than another alien life form, from the planet known as Heven* (spelling is accurate). From what little we know at this time of Heven’s politics and culture, Lucifer is well respected, highly intelligent and known as The Great Magi. SVT Securities believes that to be a scientific title more than a magical one.

We have also confirmed that Lucifer and the Angels were also responsible at one point for assisting the Anunnaki in the slavery of mankind before the flood engineered by Enlil to kill us all. Angels were an extremely war like race that have gone through their own process of conscious evolution and at some point in earth’s history went from en-slavers to guardians of the human race with stipulations – they can only assist when called for.

Lucifer has worked with Enki, Enlil’s brother, another scientist. At this time, we believe Lucifer to be an ally in our mission to remove the Anunnaki and the Roshinaya from earth. 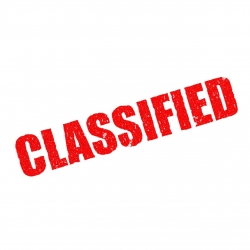